Matt is a founder and Managing Director of Eastham Capital.  Along with Eric Silverman, Matt is responsible for overseeing all operations of the company.

Matt is also a founder of Stratford Management, which since 1994 has been acquiring, rehabbing, stabilizing and managing multifamily properties.  Stratford currently owns and manages approximately 2,000 apartment units.

Matt is a graduate of the Inc. magazine and MIT sponsored Birthing of Giants program and a former member of the Young Entrepreneurs Organization (YEO).  Matt was formerly Treasurer, head of the Finance Committee and a Director of Jewish Family and Children’s Service of Greater Boston.  He was formerly a member of the Finance Committee of the Town of Weston, Massachusetts.  Matt attended the University of Chicago and the Harvard University Extension School. 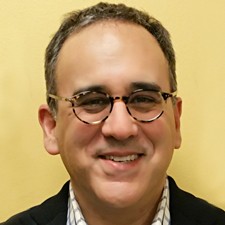 Eric Silverman is a founder and Managing Director of Eastham Capital.  Along with Matt Rosenthal, Eric is responsible for overseeing all operations of the company.

Eric is also a founder of St. James Capital, LLC, an FHA-approved lender specializing in multifamily residential housing financial services. As of December 2012, St. James Capital is a division of Pillar Multifamily, LLC, an affiliate of Guggenheim Partners, LLC.

From 1995-2010, Eric was President and then Chairman of RentGrow, Inc., until it was sold in 2010 to Yardi Systems. RentGrow provides resident screening tools (i.e. tenent credit checks and background reports) to the multifamily housing industry.

Before joining RentGrow, Eric was a founder and principal in St. James Mortgage Company, a Fannie Mae-approved residential mortgage banker. From 1991 to 1994, he directed and implemented the company’s retail expansion into Massachusetts and New Hampshire and managed operations in those states. Eric learned the real estate industry through Holtzman and Silverman Construction and Realty, his family-owned business based in Michigan. H & S is a developer and manager of apartment and retail properties.

Eric graduated from Bowdoin College in 1985 with an AB in Mathematics. In 1991, he earned the degree of Master of Science in Management, with a concentration in Finance, from the MIT Sloan School of Management. He is an active alumnus of MIT, where he served as a judge in the $100K entrepreneurship competition for seven years. He is a founding director of Leader Bank in Arlington, MA. Eric is also on the Board of The Spaulding Rehabilitation Hospital Network – Partners Continuing Care, and he is a Friend of the McGovern Institute for Brain Research at MIT. 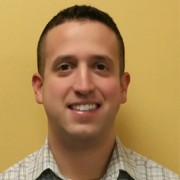 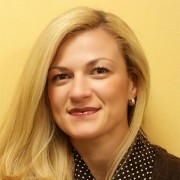 Olga Iskender is the Director of Asset Management at Eastham Capital. Olga graduated from Clark University with a Bachelor's degree in Business Management and went on to receive her MBA from Northeastern University. Prior to joining Eastham Capital, Olga was a Portfolio Manager at ATCO Properties and Management in New York City. Olga is a registered yogi. 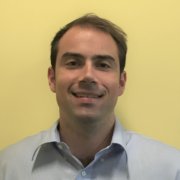 Jordan Larar is a member of the acquisitions team at Eastham Capital. Jordan graduated from Florida State University in 3 years with a Bachelor of Science degree double majoring in Accounting and Finance. He then continued his education to receive his Master’s degree in Finance at Florida State. While in Tallahassee, Jordan spent time interning at Merrill Lynch in their wealth management division. Jordan is currently in the process of earning his Chartered Financial Analyst Designation and is active in the South Florida chapter. Prior to joining Eastham, Jordan spent 4 years at Deutsche Bank working with their Institutional Sales and Trading divisions. 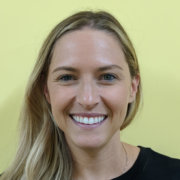 Heather Hassinger is the Executive Assistant and Director of Investor Relations at Eastham Capital. Heather graduated from the University of Central Florida with a Bachelor’s degree in Business Management and went on to receive her MBA from Florida Atlantic University. Prior to joining Eastham Capital, Heather was the Operations Manager at SKICKS Sneakers. Heather is a rabid Miami Heat fan. She loves to watch the games with her 8-month-old daughter Hannah. 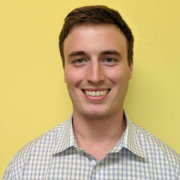 Ben Gilmore is a member of the acquisitions team at Eastham Capital. Ben graduated from Bates College with a Bachelor of Arts Degree in economics and a minor in mathematics. Prior to joining Eastham, Ben interned with Northmarq in San Francisco, CA. During his time at Northmarq, Ben underwrote debt and equity transactions for both commercial and multifamily properties. He also spent time conducting annual property inspections, tracking lender investment criteria, and conducting market research. Ben enjoys playing billiards, scuba diving, and considers himself an amateur auto mechanic.

Andrew is a Director of Eastham Capital, Inc. and sits on the Investment Committee for the Eastham Capital funds. He is a founder of Stratford Management and is responsible for the day-to-day business of all of Stratford’s real estate operations, with special emphasis on the evaluation, acquisition and rehabilitation of multifamily real estate. Andrew has extensive experience in the operations and management of residential property as well as acquisition and apartment up-grade work. Andrew has a B. A. from Ithaca College with graduate course work at Cornell University in Real Estate Financing and Development.

Eastham Capital looks to build long-term multiple-project relationships with a number of preferred M/Ds. If you are an M/D who meets our investment criteria with a project that matches our strategy and would like to discuss a potential partnership with Eastham Capital, please contact us by completing the short form below.